Bhoomika Vihar is a pioneer organization for advocating the marriage registration at Panchayat level for preventing Fake/Forced and early marriage. At present more than 5 Panchayats of targeted geography has started registration at the local level.
RFP of Bhoomika vihar A Study on Gender Based Violence pdf
Bhoomika Vihar Android App
Follow:

We believe brand interaction is key in communication. Real innovations and a positive customer experience are the heart of successful communication. No fake products and services. The customer is king, their lives and needs are the inspiration.

Major Milestones/Achievements of the Organization: Derived from Initiatives

Based on the initiatives taken across all sections of society during over 35 years of our existence has created many milestones and achievements in the journey of Bhoomika Vihar. This is due to consistent efforts by Teammates, Community and the beneficiaries (The Real Hero) who have trusted the organization continuously. The year wise Milestones/Achievements for the organization are represented below: 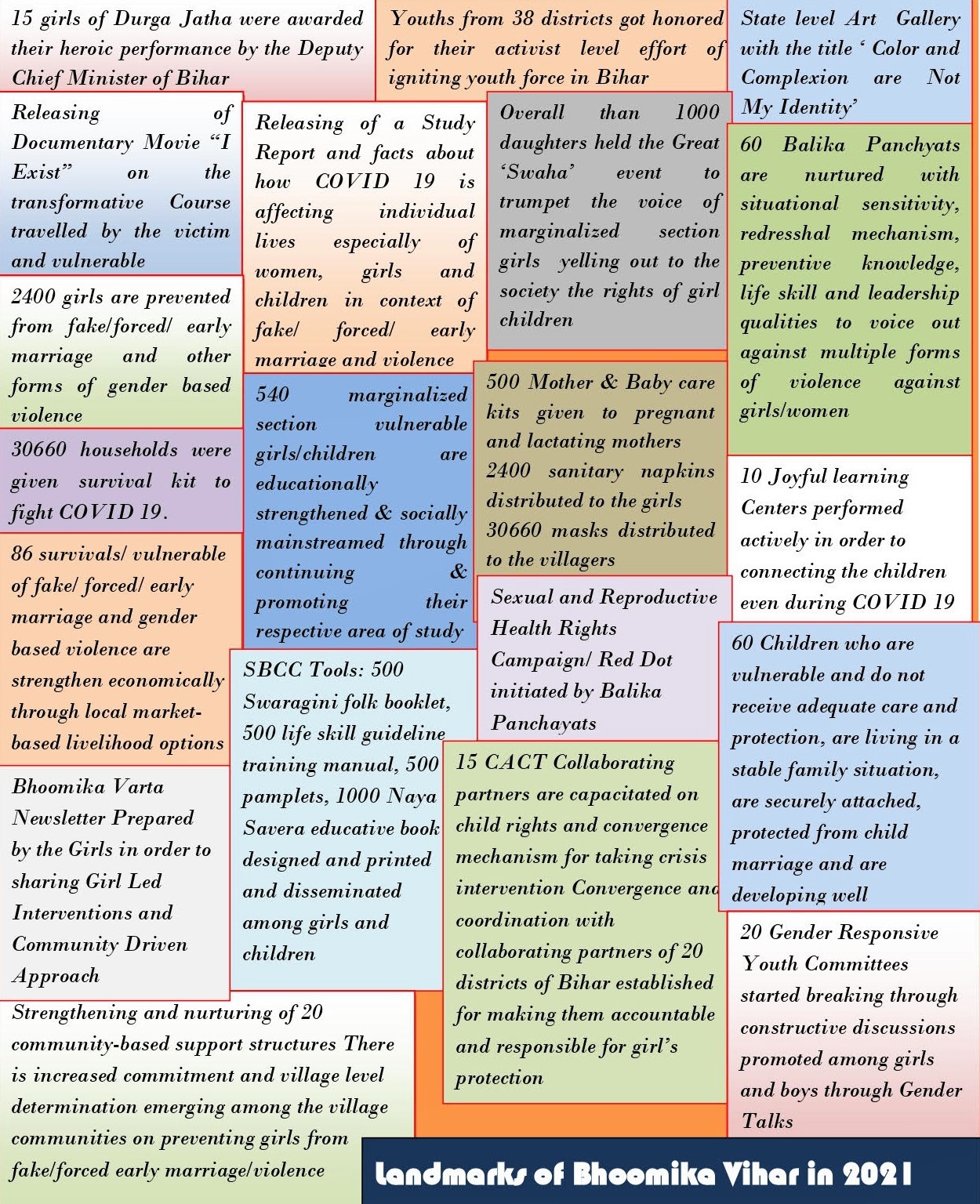 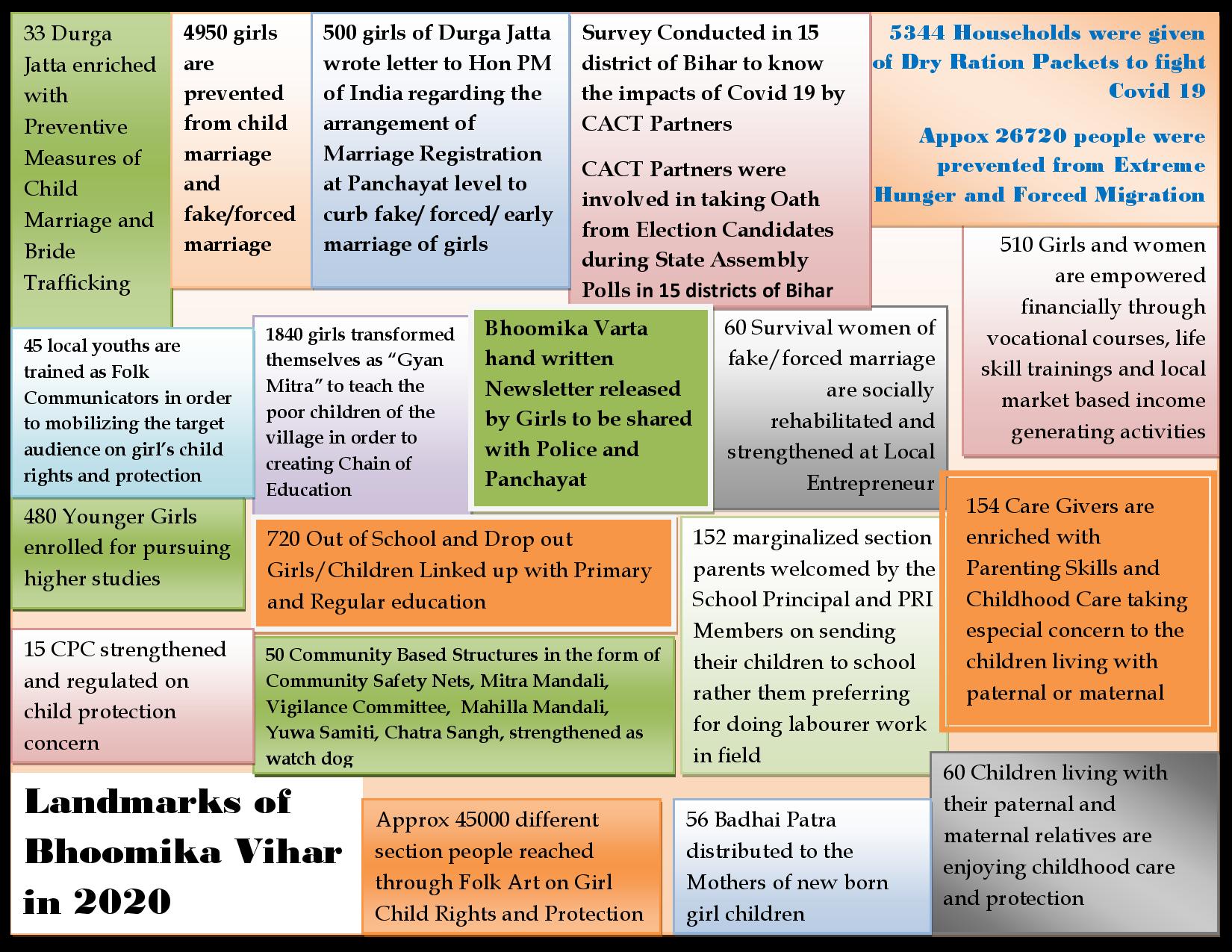